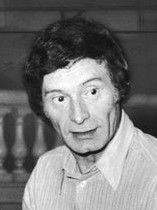 Born near Calais on 13th August 1921, Frémaux was educated at the Valenciennes Conservatoire before the Second World War (during which he was a member of the French Resistance), resuming his studies in Paris thereafter and graduating in 1952. He spent his early career at the Opéra de Monte-Carlo (an appointment championed by Prince Rainier), and subsequently went on to be the first musical director of the Orchestre Philharmonique Rhone-Alpes, now the Orchestre national de Lyon.

From 1969-1978 Frémaux was principal conductor of the City of Birmingham Symphony Orchestra, where his innovations included setting up the CBSO Chorus and developing the orchestra’s relationship with EMI/Erato, whose attention he had attracted during his early work in France (his recordings of the requiems of Jean Gilles andAndré Campra did much for the reputation of conductor and composers alike, with the former disc receiving a Grand Prix du Disc in 1956); they were particularly acclaimed for their recordings of French repertoire, with highlights of their discography including Berlioz’s Symphonie Fantastique, Saint-Saëns’s Carnival of the Animals, Ibert’s Divertissement, and the ballet music from Massenet’s Le Cid. He was also committed to new music, where his legacy included the British premieres of symphonies by John McCabe and Henri Dutilleux, and the first broadcast performance of Humphrey Searle’s Labyrinth. On leaving the CBSO (where he was replaced by the then 25 year old Simon Rattle), he was appointed chief conductor of the Sydney Symphony Orchestra.

Find out more at https://en.wikipedia.org/wiki/Louis_Frémaux

Chris pays tribute to the French conductor, whose death was announced at the weekend.