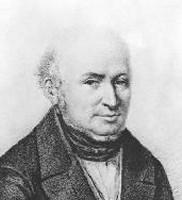 Alexandre Pierre François Boëly was a French composer, organist, and pianist. Born into a family of musicians, Boëly received his first music lessons from his father, Jean François, who was a countertenor at the Sainte-Chapelle in Paris and a composer and harp teacher at the court of Versailles. He also studied under the Tyrolian pianist Ignaz Ladurner, who introduced him to the work of Bach and Haydn, which Boëly would champion in his adult career. Besides mastering the piano and organ, Boëly was also a talented violist.

As the Romantic movement swept through Europe during the 19th century, Boëly was shunned by the official mainstream of musical life in Paris because of his Classical sensibilities and his "elitist" fidelity to writing serious music.