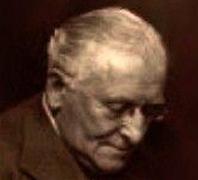 Albert William Ketèlbey was an English composer, conductor and pianist, best known for his short pieces of light orchestral music. He was born in Birmingham and moved to London in 1889 to study at Trinity College of Music. After a brilliant studentship he did not pursue the classical career predicted for him, becoming musical director of the Vaudeville Theatre before gaining fame as a composer of light music and as a conductor of his own works.

For many years Ketèlbey worked for a series of music publishers, including Chappell & Co and the Columbia Graphophone Company, making arrangements for smaller orchestras, a period in which he learned to write fluent and popular music. He also found great success writing music for silent films until the advent of talking films in the late 1920s.