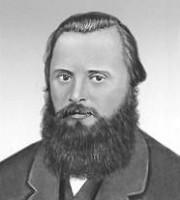 Mily Alexeyevich Balakirev was a Russian composer, pianist, and conductor known today primarily for his work promoting musical nationalism and his encouragement of more famous Russian composers, notably Pyotr Ilyich Tchaikovsky. He began his career as a pivotal figure, extending the fusion of traditional folk music and experimental classical music practices begun by composer Mikhail Glinka. In the process, Balakirev developed musical patterns that could express overt nationalistic feeling. After a nervous breakdown and consequent sabbatical, he returned to classical music but did not wield the same level of influence as before.

In conjunction with critic and fellow nationalist Vladimir Stasov, in the late 1850s and early 1860s, Balakirev brought together the composers now known as The Five (a.k.a., The Mighty Handful) – the others were Alexander Borodin, César Cui, Modest Mussorgsky, and Nikolai Rimsky-Korsakov.