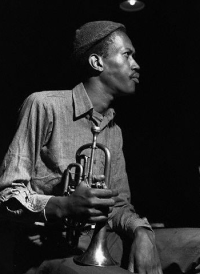 In the 1970s, Cherry became a pioneer in world fusion music, drawing on traditional African, Middle Eastern, and Hindustani music. He was a member of the ECM group Codona, along with percussionist Naná Vasconcelos and sitar and tabla player Collin Walcott.