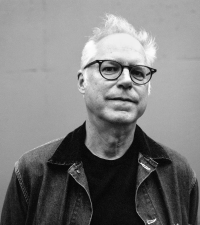 William Richard Frisell is an American guitarist, composer and arranger. Frisell came to prominence as a jazz guitarist at ECM Records in the 1980s, and went on to work in a variety of contexts, notably as a member of the New York City Downtown Scene where he formed a long partnership with John Zorn. He was also a longtime member of Paul Motian's groups from the early 1980s until Motian's death in 2011. Since 2000, Frisell's output as a bandleader has included folk, country music, and Americana.