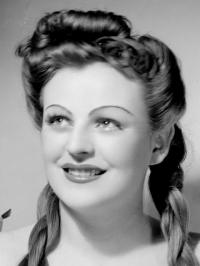 Wilma Lipp was an Austrian operatic soprano and academic voice teacher. A long-time member of the Vienna State Opera, she was particularly associated with the role of the Queen of the Night in Mozart's Die Zauberflöte, a role she performed internationally more than 400 times. She was awarded the title Kammersängerin at age 28, and was an honorary member of the Vienna State Opera, among other honours.