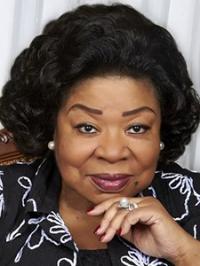 Martina Arroyo was born in 1936 in New York and worked as an English teacher and a social worker whilst studying voice privately, making her professional operatic debut in the US premiere of Pizzetti’s Murder in the Cathedral at Carnegie Hall in 1958 and her first appearance at the Metropolitan Opera as the Celestial Voice in Don Carlo the following year. Shortly afterwards she relocated to Europe (though she continued to appear at The Met in small roles in The Ring Cycle throughout the early 60s), where she soon won acclaim as Aida in various major houses; she eventually sang the role at The Met in 1965, going on to appear as Donna Anna, Lady Macbeth, Madam Butterfly, Verdi’s Leonoras, Santuzza, La Gioconda and Elsa (she was the first black singer in history to perform the latter role). Arroyo’s recorded legacy is relatively small for an artist of such stature, but her discography includes Donna Anna on Colin Davis’s Philips recording of Don Giovanni, Mahler’s Symphony No. 8 under Rafael Kubelik, Elena in I Vespri Siciliani under Thomas Schippers, and Beethoven’s Ninth Symphony under Leonard Bernstein.

Arroyo retired from singing in 1989 and pursued a career in voice-teaching across the US and Europe.

Find out more at https://en.wikipedia.org/wiki/Martina_Arroyo