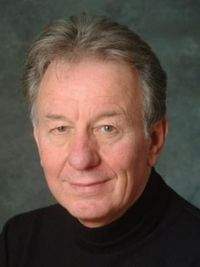 Davies was born in Cwm, Ebbw Vale. He studied at the Royal Manchester College of Music. in 1964 he made his professional debut, at Glyndebourne Festival Opera, where he sung the part of Almaviva in Gioachino Rossini's opera, The Barber of Seville. During his active career he also sang important roles at the Royal Opera House, the Paris Opéra, San Francisco Opera and the Metropolitan Opera.