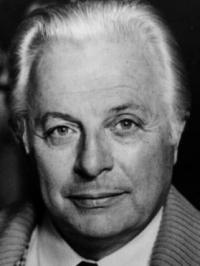 Waldemar Kmentt was an Austrian operatic tenor, who was particularly associated with the German repertory, both opera and operetta.

Born in Vienna, Kmentt studied at the Vienna Music Academy, first the piano, and later voice with Adolf Vogel, Elisabeth Radó and Hans Duhan. In 1950, he sang the tenor-solo part in Beethoven's Ninth Symphony under Karl Böhm. His professional opera debut was in 1951 at the Vienna State Opera, as the Prince in The Love for Three Oranges. He appeared regularly at the Staatsoper for the next 35 years, in a total of 1,480 performances, and the company awarded him honorary membership in 1982.