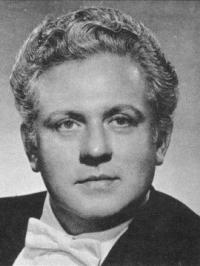 James McCracken was an American operatic tenor. At the time of his death The New York Times stated that McCracken was "the most successful dramatic tenor yet produced by the United States and a pillar of the Metropolitan Opera during the 1960s and 1970s."