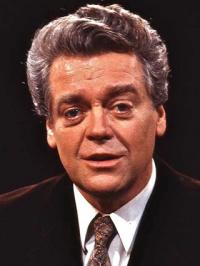 Hermann Prey was a German lyric baritone, who was equally at home in the Lied, operatic and concert repertoires. His American debut was in November 1952, with the Philadelphia Orchestra and Eugene Ormandy, and his American recital debut took place in 1956, at New York's Carnegie Hall. As a Lieder singer, he was a gifted interpreter of Schubert, including his song-cycles Die schöne Müllerin and Die Winterreise and the collection of songs Schwanengesang, as well as of Robert Schumann, Richard Strauss and Gustav Mahler. He also appeared frequently as a soloist in Bach's Passions and Brahms' A German Requiem.