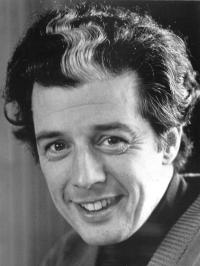 John Shirley-Quirk was born in Liverpool in 1931 and originally had no intention of becoming a professional musician: he studied sciences at Liverpool University and spent his early working life as a chemistry lecturer, taking private singing-lessons with Roy Henderson (who also taught Kathleen Ferrier) before his performing career began to take off in the early 1960s. His professional opera debut was at Glyndebourne (as The Doctor in Debussy’s Pélleas et Mélisande – he would go on to become a celebrated Golaud) in 1962, and shortly afterwards he was noticed by Benjamin Britten whilst singing Bach’s Christmas Oratorio in Ipswich; it was the beginning of a fruitful association which saw Shirley-Quirk create the roles of the Ferryman in Curlew River, Spencer Coyle in Owen Wingrave, and the multiple baritone characters in Death in Venice (he was committed to new music throughout his career, with other notable premieres including Delius’s Requiem and Tippett’s The Ice-Break).

In addition to his operatic repertoire, he was a prolific oratorio and recital-singer who won particular praise for his interpretations of English song and the dual roles of the Priest/Angel of the Agony in Elgar’s The Dream of Gerontius (which he recorded under Adrian Boult, Richard Hickox and Simon Rattle). He never officially retired from the stage (he sang the small role of Konrad Nachtigall in Wagner’s Die Meistersinger at the Edinburgh Festival in 2006, aged 75) and remained active as a musical ambassador and teacher, holding faculty positions in Bath and Baltimore (where he was renowned as a patient, inspiring teacher) until his death in 2014.

Find out more at https://en.wikipedia.org/wiki/John_Shirley-Quirk