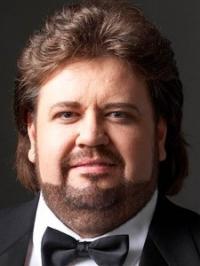 Born in Rustenberg in 1965 and educated in Pretoria, Botha initially trained as a bass-baritone but made his professional debut in his mid-twenties as Max in Weber’s Der Freischütz in Roodenport, relocating to Europe shortly afterwards. Early breakthroughs at major houses (including the Paris Opera, Wiener Staatsoper, Covent Garden, and the Metropolitan Opera) followed, first in middle-weight Puccini roles such as Cavaradossi (Tosca), Rodolfo (La bohème) and Pinkerton (Madama Butterfly), but by the late 1990s he was taking on the big heroic roles that would mark him out as one of the most in-demand singers of his generation – Wagner’s Walther von Stolzing (Die Meistersinger), Siegmund (Die Walküre), Tannhäuser and Lohengrin (which he sang on Semyon Bychkov's award-winning 2009 recording), Strauss’s Bacchus (Ariadne auf Naxos), Aegisth (Elektra) and Emperor (Die Frau ohne Schatten), and Verdi’s Radamès (Aida) and Otello.

Botha died of cancer aged just just 51, leaving a substantial discography of Wagner, Strauss and Mahler in particular; he remains the most recorded South African classical singer of all time.

Find out more at https://en.wikipedia.org/wiki/Johan_Botha_(tenor)