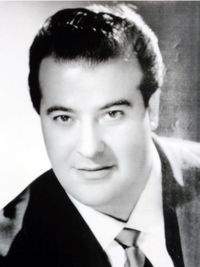 Giuseppe Taddei was an Italian baritone, who, during his career, performed multiple operas composed by numerous composers.

Taddei was born in Genoa, Italy, and studied in Rome, where he made his professional debut in 1936 as the Herald in Wagner's Lohengrin. He sang at the Rome Opera until he was conscripted into the army in 1942. After the war, he resumed his opera career and appeared for two seasons at the Vienna State Opera. He made his debut in London in 1947, at the Cambridge Theatre.