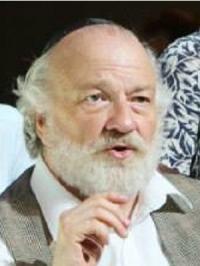 Merritt was born in Oklahoma City in 1952 and began singing lessons at the age of 15, making his operatic debut in an Oklahoma City University student production of Douglas Moore’s The Ballad of Baby Doe two years later. He entered the training programme at The Santa Fe Opera at 21, and made his professional debut in Verdi’s Falstaff (Dr Caius) in 1975; throughout the late 1970s he performed regularly in Germany and Austria, and from the early 1980s began to attract considerable attention for his affinity with high-lying bel canto roles such as Arturo in I puritani, Argirio in Tancredi (which he sang opposite Marilyn Horne at Carnegie Hall), and Idreno in Semiramide, with which he made his Metropolitan Opera debut in 1985. Following a series of professional setbacks which led to him crowdfunding an audition tour in 2015, Merritt resumed a successful career in character-roles such as Herodes in Strauss’s Salome, Emperor Altoum in Puccini’s Turandot and the Witch in Humperdinck’s Hansel und Gretel.

Find out more at https://en.wikipedia.org/wiki/Chris_Merritt