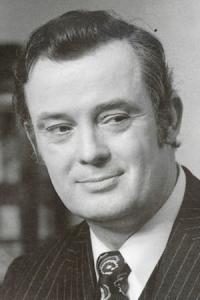 James King was an American operatic tenor who had an active international singing career in operas and concerts from the 1950s through 2000. Widely regarded as one of the finest American heldentenors of the post-war period, he excelled in performances of the works of Richard Wagner and Richard Strauss.

King made several recording during his career, most notably singing the role of Siegmund in Die Walküre for Sir Georg Solti's famous recording of Wagner's Ring Cycle. He was a member of the voice faculties at the University of Missouri–Kansas City and the Jacobs School of Music of Indiana University.