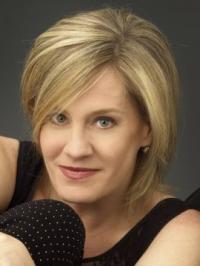 The American dramatic soprano Jeanne-Michele Charbonnet was born in New Orleana and began her career focusing on Italian opera before coming to specialise in German dramatic roles and contemporary music; her repertoire includes the title-roles in Strauss’s Elektra (which she recorded with the London Symphony Orchestra and Valery Gergiev in 2010) Shostakovich’s Lady Macbeth of the Mtsensk District (available on DVD and Blu-ray from Arthaus Musick), and Wagner’s Isolde, as well as Goneril in Albert Reimann’s Lear. Since the mid-2010s she has also begun to explore mezzo and zwischenfach roles such as Herodias in Strauss’s Salome, Judit in Bartók’s Duke Bluebeard’s Castle, and Widow Begbick in Weill’s The Rise and Fall of Mahagonny.