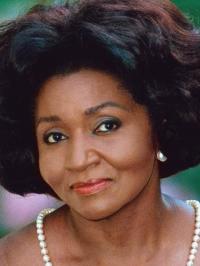 Grace Melzia Bumbry an American opera singer, is considered one of the leading mezzo-sopranos of her generation, as well as a major soprano earlier in her career. She is a member of a pioneering generation of African-American opera and classical singers (including Jessye Norman, Leontyne Price, Martina Arroyo, Shirley Verrett, Kathleen Battle, and Reri Grist) who followed Marian Anderson in the world of opera and classical music paving the way for future African-American opera and concert singers. Bumbry's voice was rich and dynamic, possessing a wide range, and was capable of producing a very distinctive plangent tone.

In her prime, she also possessed good agility and bel canto technique (see for example her renditions of the 'Veil Song' from Verdi's Don Carlo in the 1970s and 1980s, as well as her Ernani from the Lyric Opera of Chicago in 1984). She was particularly noted for her fiery temperament and dramatic intensity on stage.