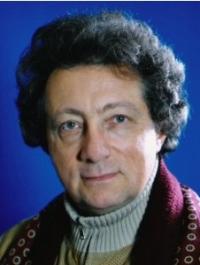 Born in Turin in 1952, Alessandro Corbelli is one of the world’s leading buffo baritones, in international demand for roles including Bartolo in Il barbiere di Siviglia, Dulcamara in L’elisir d’amore, Dandini and latterly Don Magnifico in La cenerentola, Taddeo in L’Italiana in Algeri[/i, and Mozart’s Figaro, Count Almaviva, Don Giovanni and Leporello.

His discography includes Don Geronio on Riccardo Chailly’s Gramophone award-winning recording of Rossini’s Il Turco in Italia (‘Corbelli, reinforcing his credentials as a Rossini singer of flair and panache, is a strongly characterised Geronio’ and Dandini on the same conductor’s Cenerentola (both opposite Cecilia Bartoli in the title-roles), and (on DVD and Blu-ray) Bartolo in Moshe Leiser and Patrice Caurier’s Barbiere from Covent Garden, the title-role in Puccini’s Gianni Schicchi from Glyndebourne, and (in a departure from his usual comic roles) the devoted stage-manager Michonnet in Cilea’s Adriana Lecouvreur, opposite Angela Gheorghiu and Jonas Kaufmann (‘Corbelli was very touching as the infatuated impresario Michonnet’ – The Telegraph).

Find out more at https://en.wikipedia.org/wiki/Alessandro_Corbelli