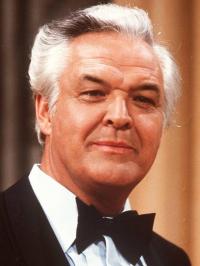 Born in Dresden in 1926, Adam began singing as a boy chorister in the Dresdner Kreuzchor and trained with Rudolf Dietrich; he made his professional debut in a small role in Mussorgsky’s Boris Godunov in 1949, and began a long association with the Bayreuth Festival (where his roles would include Titurel, Pogner, the Dutchman and Wotan) in the early 1950s. By the early 1970s he was appearing regularly at Covent Garden (where he debuted as Wotan in 1967) and the Metropolitan Opera in roles such as Hans Sachs, Pizarro and Wozzeck; he also enjoyed a close relationship with the Wiener Staatsoper, where he continued to appear in smaller roles until his early seventies.

Adam was active in contemporary music, creating Prospero in Berio’s 1984 opera Un re in ascolto, and the title-roles in Friedrich Cerha’s Baal and Paul Dessau’s Einstein. After retiring from stage work, he devoted himself to teaching (chiefly at the Musikhochschule in Dresden) and writing. Adam recorded most of his Wagner roles at least once; his extensive discography also includes Kaspar in Carlos Kleiber’s recording of Der Freischütz, Herr Morosus on Marek Janowski’s Die schweigsame Frau and Baron Ochs on Karl Böhm’s Der Rosenkavalier, as well as numerous oratorio recordings. He died in Dresden on 10th January 2019.

Find out more at https://en.wikipedia.org/wiki/Theo_Adam

The great German bass, particularly famed for his Wagner roles, has died aged 92.