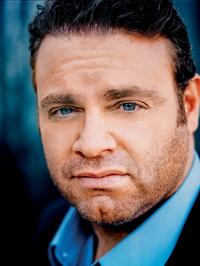 Born in Malta in 1978, Joseph Calleja began singing at the age of 16, inspired by the film The Great Caruso starring Mario Lanza. After singing in his church choir, he began formal training with Maltese tenor Paul Asciak. Calleja made his professional debut in Malta in 1997 as Macduff in Macbeth, and later that year won an award in the Belvedere Hans Gabor competition, launching his international opera career. He went on to win the 1998 Caruso Competition in Milan, was a prizewinner in Domingo’s Operalia the following year, and Artist of the Year at the Gramophone Awards in 2012.

Despite his youth, he has already sung 28 principal roles and performed on most of the world’s leading opera stages, including New York’s Metropolitan Opera, London’s Royal Opera House at Covent Garden, and the Vienna Staatsoper. An exclusive recording artist for Decca Classics, his third solo album, The Maltese Tenor, debuted as the best-selling vocal album on the core classical charts in the UK and Germany.

Find out more at https://en.wikipedia.org/wiki/Joseph_Calleja

Interview,  Joseph Calleja and Dominic Fyfe on The Magic of Mantovani

The Maltese tenor and record-producer discuss bringing Mantovani's music back to life on a new album which sees Calleja 'duetting' with vintage recordings from the Universal Music archives.

Katherine talks to the Maltese tenor about his new album of arias from operas including Otello, Il trovatore, Don Carlo and Aida.