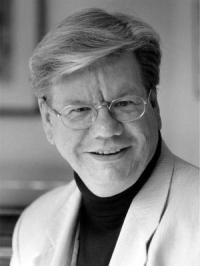 The English tenor Ian Partridge was born in London in 1938 and began singing as a chorister at New College Oxford, going on to study piano and voice at the Royal College of Music and the Guildhall School of Music and Drama. He made his professional debut as a soloist in Handel’s Messiah in 1958, and spent several years in the choir of Westminster Cathedral Choir and working as an accompanist before embarking on a solo career in earnest in the early 1960s. Partridge specialised in lieder (which he performed and recorded frequently with his pianist sister Jennifer) and oratorio work; he avoided opera work almost entirely, one notable exception being the role of Iopas on Sir Colin Davis’s 1969 recording of Berlioz’s Les Troyens. Other significant recordings include Handel’s Alexander’s Fesast and Bach’s Magnificat with Harry Christophers and The Sixteen, Vaughan Williams’s Serenade to Music with Sir Adrian Boult, and Schubert’s Winterreise with fortepianist Richard Burnett, described by Hi-Fi News as ‘a noble interpretation’.

Partridge was made a CBE in the 1992 New Year’s Honours List and officially retired from public performance in 2008 with an all-Schubert recital at the Oxford Lieder Festival, just across the road from where his singing career began six decades earlier.

Find out more at https://en.wikipedia.org/wiki/Ian_Partridge