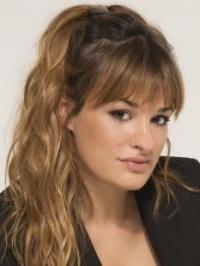 Scottish violinist Nicola Benedetti was born in Ayrshire in 1987 and began playing the violin aged four, going on to lead the National Children’s Orchestra before taking up a place at the Yehudi Menuhin School. In 2004 she won the BBC Young Musician of the Year Competition with Szymanowski’s Violin Concerto, which she recorded later that year with the London Symphony Orchestra and Daniel Harding (‘At 17 she displays in each of these items the temperament, concentration and imagination of a great artist in the making, quite apart from her virtuoso technique’ – Gramophone). Shortly afterwards she signed to Decca Classics, for whom she has recorded Bruch’s Scottish Fantasy, concertos by Shostakovich, Glazunov, Tchaikovsky and Bruch, and concert-albums including Homecoming and The Silver Violin.

Honours include an MBE in the 2013 New Year’s Honours List, honorary doctorates from Heriot-Watt and Glasgow Caledonian Universities, and the Queen’s Medal for Music in 2017. Benedetti is also an ambassador for Sistema Scotland, a charity which improves access to music education in some of the country’s most deprived areas.

Find out more at https://en.wikipedia.org/wiki/Nicola_Benedetti

Recording of the Week,  A double-bill of very different Baroque violin albums

Nicola Benedetti makes a successful first venture into early music with a programme of Geminiani and Vivaldi, and Théotime Langlois de Swarte teams up with William Christie to bring some French Baroque gems to light.

The Scottish-Italian violinist embraces the heart-on-sleeve qualities of a work which the composer ruefully described as 'awfully emotional', her passion and responsiveness matched by Vladimir Jurowski and the London Philharmonic Orchestra.