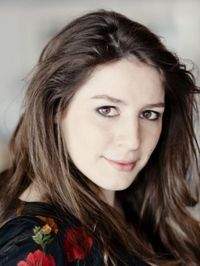 Since abandoning a career in archaeology in favour of singing in 2002, Norwich-born soprano Elizabeth Watts has rapidly established herself as one of Britain's finest young singers. Shortly after graduation from the RCM, she was accepted onto ENO's Young Singers Programme, won first prize in the 2006 Kathleen Ferrier Awards and represented England in Cardiff Singer of the World the following year where she took first prize in the Rosenblatt Song Prize Competition. A former BBC New Generation Artist, Watts has performed in several Proms and made her solo debut on disc with a recital of Schubert Lieder for Sony; her opera credits include Semele, Susanna, Pamina, and Flora in both Britten's The Turn of the Screw and Tippett's The Knot Garden.

Recording of the Week, Arne: Artaxerxes

Ian Page and the Classical Opera Company resurrect the British composer’s ornate depiction of skulduggery in Ancient Persia, premiered in London in 1762, with Christopher Ainslie in the title-role and Elizabeth Watts as his firebrand sister.