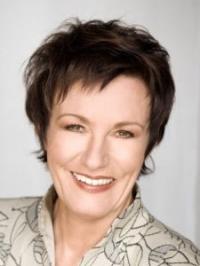 Born in Würzburg in 1956, Waltraud Meier is widely recognised as one of the greatest female Wagnerians of the late twentieth and early twentieth centuries; she studied voice privately alongside literary studies and made her professional debut (as Lola in Cavalleria rusticana) in her hometown in her early twenties. The big Wagnerian roles soon followed: she sang her first Fricka in Die Walküre aged just 24, and made her first appearance at Bayreuth three years later as Kundry, which rapidly became her signature-role (she has recorded it for Christian Thielemann, Daniel Barenboim, James Levine, Kent Nagano and Reginald Goodall, and performed it at La Scala, the Metropolitan Opera and Covent Garden). In addition to Wagner’s zwischenfach roles such as Venus and Ortrud, she has also had considerable success as Isolde, and her non-Wagnerian repertoire includes Santuzza, Carmen, Didon, Eboli, Amneris and Marie in Berg’s Wozzeck; in recent years her signature-role has become Klytaemnestra in Strauss’s Elektra. Waltraud Meier was made a Kämmersangerin by the Bavarian and Vienna State Operas and is also a Commandeur of the Ordre des Arts et des Lettres.