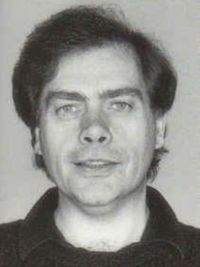 Anthony Rolfe Johnson was born in Tackley in 1940 and studied at the Guildhall School of Music and Drama. On graduation he sang in the chorus at Glyndebourne until 1976, making his solo debut as Tolloller in Iolanthe for the English Opera Group. Particularly renowned as an oratorio singer, he is an acclaimed Evangelist and interpreter of the tenor roles in The Seasons and The Creation as well as being in demand as a lieder-singer: he was a founder-member of Graham Johnson's Songmaker's Almanac in 1976, and has an extensive discography of both German and English song. His operatic roles include most of Britten's protagonists (including an acclaimed Peter Grimes, available on EMI), Florestan, Monteverdi's Ulisse and the title-roles in Idomeneo, La Clemenza di Tito and Oedipus Rex.

He was made a CBE in the Queen's Birthday Honours in 1992.

Find out more at https://en.wikipedia.org/wiki/Anthony_Rolfe_Johnson