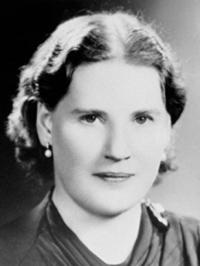 Kirsten Malfrid Flagstad was a Norwegian opera singer and a highly regarded Wagnerian soprano. She ranks among the greatest singers of the 20th century, and many opera critics called hers "the voice of the century." Desmond Shawe-Taylor wrote of her in the New Grove Dictionary of Opera: "No one within living memory surpassed her in sheer beauty and consistency of line and tone."