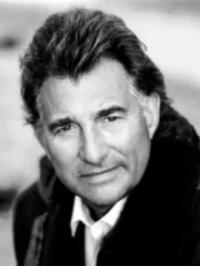 Siegfried Jerusalem (born Oberhausen, 17 April 1940) is a German operatic tenor. Closely identified with the heldentenor roles of Wagner, he has performed Siegfried, Siegmund, Lohengrin, Parsifal and Tristan to wide acclaim. Since the 1990s, he has focused on lied, particularly those by Strauss, Mahler and Schumann.

He studied piano, violin and bassoon at the Folkwangschule in Essen. In 1975 he was in the orchestra of a television production of Der Zigeunerbaror. The tenor Franco Bonisolli backed out of the production at the last minute, and Jerusalem stood in. From here on, he made singing his career.