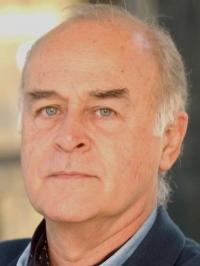 The Belgian bass-baritone Jose van Dam was born in Brussels in 1940 and began his career at the Paris Opera (where early roles included Basilio in Il barbiere di Siviglia and Escamillo in Carmen, a role he would go on to record under Karajan, Solti and Maazel) following studies at the Brussels Royal Conservatory. His international career took off shortly afterwards, and in 1966 he sang in the first performance of Milhaud’s La mère coupable; Van Dam would go on to be involved in the world premieres of several significant French works, most notably Olivier Messiaen’s Saint François d’Assise in 1983 (recorded for Deutsche Grammophon several years later). He is particularly acclaimed in French song, and in roles including the villains in Offenbach’s Les contes d’Hoffmann, Massenet’s Don Quichotte, Filippo in Verdi’s Don Carlo, and (earlier in his career) Mozart’s Leporello, which he sang on Joseph Losey’s landmark film of Don Giovanni in the 1970s. He was made a Kämmersanger in 1974, and a baron in 1998 for services to music.