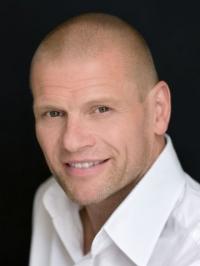 Danish baritone Bo Skovhus was born in Ikast in 1962 and studied in Aarhus, Copenhgaen and New York, though until a relatively late stage in his musical training he was seriously considering a career in medicine. He made his professional debut as Don Giovanni at the Volksoper Vienna in 1988, going on to sing the role at many of the world’s major houses, and has recorded it for Naxos as well as on DVD and Blu-ray in Dmitri Tcherniakov’s 2010 production from Aix-en-Provence (‘Skovhus is electrifying in the lead role as he pivots from roaring malevolence to whispered fragility’ – BBC Music Magazine; ‘Skovhus has done nothing finer’ – The Guardian). His discography also includes Henrik in Nielsen’s Maskarade (which won a Gramophone Award in 2000), Carmina Burana under Zubin Mehta, the three great schubert song-cycles with Austrian pianist Stefan Vladar, and (on DVD and Blu-ray) the title-role in Stefan Herheim’s production of Eugene Onegin and Kurwenal in Tristan und Isolde[/]I from the Glyndebourne Festival.