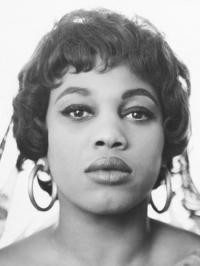 Mary Violet Leontyne Price is an American soprano. Born and raised in Laurel, Mississippi, she rose to international acclaim in the 1950s and 1960s, and was the first African American to become a leading performer at the Metropolitan Opera, and one of the most popular American classical singers of her generation.

Reviewing her televised farewell opera performance at the Met in 1985, as Aida, one critic described Price's voice as "vibrant," "soaring" and "a Price beyond pearls". Time magazine called her voice "Rich, supple and shining, it was in its prime capable of effortless soaring from a smoky mezzo to the pure soprano gold of a perfectly spun high C."

A lirico spinto (Italian for "pushed lyric") soprano, she was considered especially well suited to the heroines of Verdi's "middle period" operas: Aida, the Leonoras of Il trovatore and La forza del destino, and Amelia in Un ballo in maschera. She also was noted for her interpretations of leading roles in operas by Giacomo Puccini and Wolfgang Amadeus Mozart.

After her retirement from opera, she continued to appear in recitals and orchestral concerts until 1997.