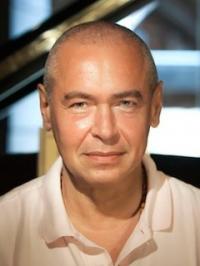 Ivo Pogorelich was born in Belgrade in 1958 and trained in his home city and in Moscow, winning the Montreal International Musical Competition in 1980; later that same year he was the centre of controversy at the International Chopin Competition, when his early elimination prompted juror Martha Argerich to walk out in protest. Two years later he signed an exclusive contract with Deutsche Grammophon: his debut album of Chopin was praised by Gramophone for the ‘miracles of tone colour, refinement and control’ achieved. His discography on the label also includes an album of Scarlatti sonatas, Beethoven’s last piano sonata, Ravel’s Gaspard de la Nuit, and music by Schumann, Prokofiev, Bach, Scriabin and Haydn.

Pogorelich largely disappeared from the public eye for 15 years, focusing his energies instead on humanitarian work and music education in Croatia; following a series of controversial recitals in the mid-2010s, he signed with Sony Classical in early 2019 and recorded his first album (a recital of Beethoven’s Piano Sonatas Nos. 22 and 24 and Rachmaninov’s Piano Sonata No. 2) later that year.

Find out more at https://en.wikipedia.org/wiki/Ivo_Pogorelić