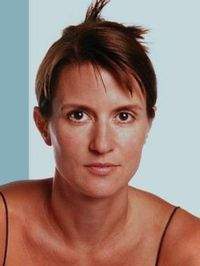 Russian violinist Viktoria Mullova was born in Zhukovsky in 1959 and trained in Moscow, where her teachers included Leonid Kogan; early successes included first prizes at the International Tchaikovsky Competition and the International Jean Sibelius Violin Competition in the early 1980s. In 1983, she defected to Sweden following a concert in Finland, and subsequently settled in the US. Her debut recording of the Sibelius and Tchaikovsky concertos with the Boston Symphony Orchestra and Seiji Ozawa was released on Philips in 1985, and won a Grand Prix du Disque; highlights from her extensive discography include Vivaldi concertos with Il Giardino Armonico and Giovanni Antonini, the Beethoven concerto with Sir John Eltio Gardiner and the Orchestre Révolutionnaire et Romantique, and the Brahms Violin Sonatas with Piotr Anderszewski.

Mullova is married to the cellist Matthew Barley, and has a son (double-bassist Misha Mullov-Abbado) from a previous relationship with Claudio Abbado.

Find out more at https://en.wikipedia.org/wiki/Viktoria_Mullova