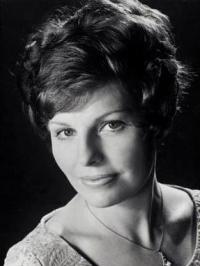 Yvonne Fay Minton CBE is an Australian-born but mostly British-resident opera singer. She is variously billed as a soprano, mezzo-soprano or contralto.

A native of Sydney, she originally studied voice while on a scholarship at the New South Wales Conservatorium of Music. She won the National Eisteddfod in Canberra, as well as a number of other singing competitions, such as the £1000 Shell Aria, 1960. By this stage she had become one of the country's leading contraltos, often appearing on radio and television and with the Sydney and Queensland orchestras.