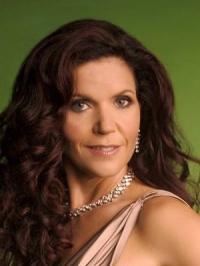 Sara Macliver is an Australian soprano singer, born and raised in Perth, Western Australia. Macliver is one of Australia’s most popular and versatile artists, appearing in operas, concert and recital performances and on numerous recordings. She is regarded as one of the leading exponents of Baroque repertoire in Australia, and lectures in Voice at the UWA Conservatorium of Music.

She trained in Perth, where she was a pupil of Molly McGurk and was a Young Artist with the West Australian Opera Company. Her roles for the company have included Micaela (Carmen), Papagena (The Magic Flute), Giannetta (L'elisir d'amore), Morgana (Alcina), Ida (Die Fledermaus), Nannetta (Falstaff) and Vespetta (Pimpinone). In 2007, she created the roles of Echo/Aphrodite in Richard Mills' opera The Love of the Nightingale.