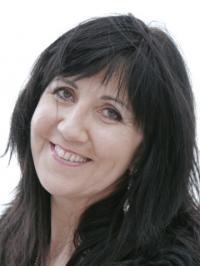 At the age of 18, Guillemette Laurens joined the Opera-Studio and made her debut at Salle Favart in Paris a few years later in the role of Baba the Turkish in Stravinsky’s The Rake's Progress. She formed part of the roster of the Lyric Workshop of the Rhine before entering to Arts Florissants of William Christie. Since 1980, she sang on the major musical stages of Europe, as well as the USA, Colombia, Israel, South Africa and Japan. She interpreted there oeuvre of roles, as The Nose by Shostakovich, Dido and Aeneas by Purcell, Atys by Lully, I Puritani by Bellini, Clemenza di Tito by Mozart, L’Orfeo and L’Incoronazione di Poppea by Monteverdi, the Mass in B minor (BWV 232) by J S. Bach, L’enfance du Christ by Berlioz. She sang at the Festival of Aix-en-Provence in Iphigénie en Aulide, with John Eliot Gardiner, and Towards Bach concert series on London's South Bank.

Find out more at https://en.wikipedia.org/wiki/Guillemette_Laurens