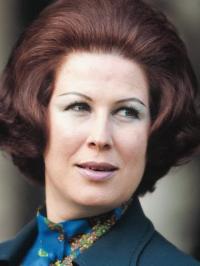 Born in Berlin, Gundula Janowitz made her debut in 1960 at Vienna State Opera and became a permanent member of the Deutsche Oper Berlin in 1966. She has performed as guest artist at all the major opera houses of the world, including the Metropolitan, La Scala and Covent Garden, and is well-known for her interpretation of Mozart and Richard Strauss.

Gundula Janowitz's greatest love is Lieder. She has given over 300 Lieder recitals across the world and has twice received the German Recording Prize for her recordings of Schubert.