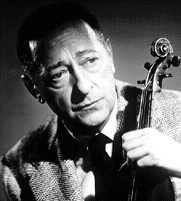 The music, talent and creativity of Jascha Heifetz have captivated music lovers all over the world. His extraordinary and incomparable musical talent has helped Heifetz become one of history’s most revered and remembered violinists.