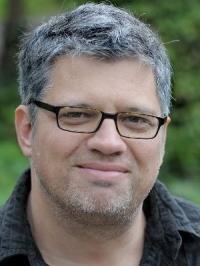 The German lyric tenor Werner Güra was born in Munich in 1964 and trained in Salzburg and Basel, beginning his career in Frankfurt and Basel before spending two years as an ensemble-member at the Dresden Semperoper, where he was particularly associated with Mozart and Rossini.

For several decades Güra then concentrated mainly on recital and oratorio work, singing regularly for Nikolaus Harnoncourt; his discography from this period includes Haydn’s The Seasons, the St John Passion and Christmas Oratorio, Beethoven’s Missa solemnis, the Mozart Requiem, and Schumann’s Das Paradies und die Peri and Scenes from Goethe’s Faust. In 2014 he returned to the operatic stage in Monteverdi’s Il Ritorno d’Ulisse in Patria[ in Zurich.

Güra also has a large song discography, including an award-winning recording of Winterreise with Christoph Berner (‘Güra's light, lyrical tenor is in immaculately nurtured voice for this deeply considered performance’ – BBC Music Magazine), Beethoven Lieder and Bagatelles, Schumann’s Dichterliebe and Liederkreis op. 39, and selections from Wolf Mörike-Lieder[/]i. He teaches at the Zürcher Hochschule der Kunste.

Find out more at https://en.wikipedia.org/wiki/Werner_Güra