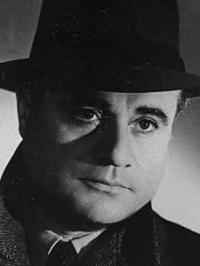 Widely recognised as one of the greatest and most influential tenors of the twentieth century, Beniamino Gigli was born in 1890 in Recanati, Italy, and was the son of a music-loving shoe-maker who persuaded him to learn a trade alongside his vocal studies (the young Gigli worked as a carpenter and a tailor before his singing breakthrough). At 24 he took first prize in a singing-competition in Parma, and within the next three years had debuted in Palermo, Naples, Rome, at in Milan at La Scala (all as Faust in Boito’s Mefistofele). He first appeared at the Metropolitan Opera in 1920 (again as Boito’s Faust), and until a dispute regarding a pay-cut ended his relationship with the house in 1932 he appeared there regularly in roles such as Edgardo (Lucia di Lammermoor), Alfredo La traviata, and Canio Pagliacci (he would be persuaded to return to sing a run of performances as Radames in Aida in 1939, by which time he was branching out into heavier repertoire).

Though their voices were markedly different in weight and timbre, Gigli was often (to his chagrin) referred to as the ‘Second Caruso’ (the older singer had died in 1921). What the two men did have in common was immense stage-charisma and box-office appeal – Gigli also had a prolific career as a film-actor and is one of the few opera-singers to have a star on the Hollywood Walk of Fame. He was criticised for his association with Mussolini during and immediately after World War Two, though his popularity with audiences doesn’t appear to have waned as a result; during the 1950s he prioritised concert-work over opera, and eventually retired in 1955, dying in Rome two years later.

Key recordings include the title-role in Andrea Chénier, Cavaradossi in Tosca and Pinkerton in Madama Butterfly for Oliviero de Fabritiis, and numerous recordings of sacred and popular songs for HMV//EMI.

Find out more at https://en.wikipedia.org/wiki/Beniamino_Gigli