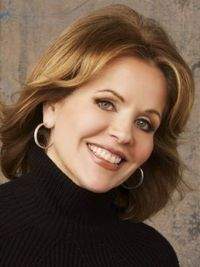 Fleming's first major break came in 1988 when she sang the Countess in The Marriage of Figaro at the Houston Grand Opera. In 1989, she made debuts with the New York City Opera and the Royal Opera House, Covent Garden. In 1991, she made her Metropolitan Opera debut. In 1997, Fleming sang her first Manon at the Opéra Bastille to glowing reviews.

As a youngster, Fleming enjoyed popular music and admired the talent of Joni Mitchell and others. In addition to the standard operatic repertoire, she performs new music, Broadway show tunes, and other popular genres.

Find out more at https://en.wikipedia.org/wiki/Renée_Fleming

Recording of the Week,  Music for Christmas

Katherine listens to some of this year's Christmas discs, featuring Renee Fleming, the choir of Clare College Cambridge and Arte dei Suonatori.