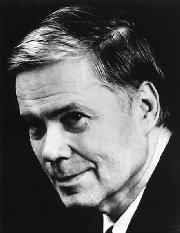 Born in 1925, baritone Dietrich Fischer-Dieskau trained in his native Berlin until his studies were interrupted by conscription in the early 1940s, and was held in an American prisoner-of-war camp in Italy for two years where he continued to perform Schubert for his fellow inmates. Shortly after his release, he made his operatic debut as Posa in Berlin in 1948 and went on to become an imposing presence on major opera stages, winning particular acclaim as Mandryka, Kurwenal, Barak and Mozart's Count Almaviva but also encompassing heavyweights including Jokanaan, Wotan, Amfortas, Hans Sachs and The Dutchman. He has also championed new repertoire in the concert-hall and opera-house alike, having sung in the world premieres of many works including Britten's War Requiem, Henze's Elegie für junge Liebende and works by Rihm, Reimann and Matthus.

But he became best known as a master of German song: widely regarded as the finest lieder-singer of the last century, his recital repertoire numbers over 3000 songs by more than 100 composers (including all of the baritone songs of Schubert, Schumann and Wolf), and his interpretative originality, textual sensitivity and seemingly infinite palette of vocal colours arguably remain unequalled today. He did much to revive neglected works and the tradition of the song recital itself, and his masterful interpretations of lieder remain a benchmark for singers, pianists and audiences alike. Since his retirement in 1992, his incomparable influence in this realm continued through his recordings, writing and busy teaching schedule.

Find out more at https://en.wikipedia.org/wiki/Dietrich_Fischer-Dieskau