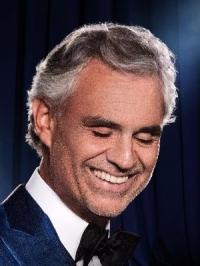 Andrea Bocelli is an Italian opera tenor and multi-instrumentalist. He was diagnosed with congenital glaucoma at 5 months old, and became completely blind at age 12, following a football accident. After performing evenings in piano bars and competing in local singing contests, Bocelli signed his first recording contract with the Sugar Music label. He rose to fame in 1994, winning the preliminary round of the 44th Sanremo Music Festival performing "Miserere", with the highest marks ever recorded in the newcomers section.