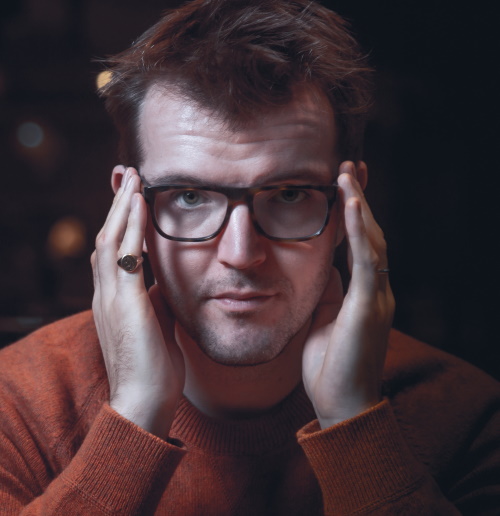 The British composer, cellist and producer Peter Gregson made his debut on Deutsche Grammophon four years ago with an arresting 'recomposition' of Bach's Cello Suites for soloist, cello quintet and analogue synthesisers; his recent album Patina (originally released last September and issued in an alternative version this summer) juxtaposes solo cello lines with electronics in a very different way, and his forthcoming Quartets: One - Four takes the combination in yet another direction...

During some downtime between the two projects, Peter spoke to me from his home studio about how Patina took shape in lockdown, his desire to move away from what he describes as 'the Instagram version of music', why he's proud to identify as 'a bit of an audio nerd' - and how naming works and albums is often the most challenging part of the compositional process for him!

Tell me a little about the genesis of the Patina project...

It started with the idea that we live in an age where everything is kind of infinite and perfect and unchanging. Restrictions in the digital space are financial rather than physical: your inbox is never really going to fill up, because if it does you simply pay for more storage. But in the physical world there’s a relationship between the use of an item and its quality, because the wear and tear it sustains is inversely proportionate to its value to you: my favourite jeans have a mark where my wallet usually sits, the shoes I wear the most are scuffed, and if you play a vinyl record a thousand times it’s going to get grooves and cracks and pops…

But that patina doesn’t accumulate in the digital age. You can stream a track a billion times and it’s the same forever - and as human beings who age and develop and decay, how do we relate to art that doesn’t actually embody that very basic human characteristic of change?

When we release music digitally it’s a pristine snapshot, and that can be great and amazing and magical - but it’s not intrinsically human. It feels like the Instagram version of music: the equivalent of a perfectly-positioned plate of food, where all the pots and pans and general craziness that went into making it are firmly out of sight. And that got me thinking about how I could go down that alternative road in sonic terms: rather than chasing the best, cleanest, most hi-res sound, I wanted it to sound like the music had lived and was breathing.

I started wondering what might happen if you wrote a piece of music with the melody and harmony and bass and building blocks in place, and then had the melody disappear…Does the countermelody become the melody? Is the melody defined as the most present thing at the top of the tree? Or is it something that intrinsically embodies a melodic personality?

So I began writing very dense music, where every square inch was full up; then I’d take off the melody and build up the countermelody, then take that out, then build up the tertiary. To invoke another tortuous cooking analogy, if you’re making a sauce you reduce it by turning the heat up - and you never hear someone saying ‘God, the water in that Spaghetti Bolognese was fantastic!’. You tend not to focus on the things that aren’t right in front of you, but you couldn’t have that meal without the water which started out cold and then was boiled off. You don’t need to acknowledge that it existed in your recipe, but it’s entirely essential that it did exist. But what does that mean in music? What do we burn off to distil our ingredients and really make the most of them?

I got really excited by these analogies and parallels. One tends not to walk away from a concert thinking about the weight of the paper that the musicians are playing from or the weight-bearing load of the stage in the concert-hall, which are all absolutely integral parts of the puzzle – you walk away thinking ‘Gosh, Mozart wrote some nice symphonies!’. So this music was written as a recorded project where you can completely control the listening environment: it’s not like saying ‘Oh, if I’d had better seats I’d have had a better listening experience’, because you can control the seating and everyone’s sitting in the same place!

Thinking back to that point about the shift away from physical to digital media, how much of an impact has the increasing dominance of streaming had on you from a creative point of view?

In a sense it’s an amazing time to create recorded music: there are more streaming outlets than ever, everyone can access it for free or in exchange for answering some questions or listening to some adverts. But it’s very easy to get bogged down into thinking ‘What’s going to be something that gets playlisted?’. And the results are so public – you don’t want to release music that doesn’t get good streaming stats. But you can ignore that stuff. I came across a brilliant phrase in one of those very pretentious marketing blogs recently: ‘If you’re acceptable to everyone, you’re remarkable to no-one’. It's always struck me that our job shouldn’t be to appeal to everyone: if you aim right down the centre channel you end up missing both sides.

What's your working method for a project like this? Do you construct a linear narrative from the outset, or see where your ideas take you?

I do quite a lot of film work, and often the best way to score a film is to start at the beginning and finish at the end, so that the narrative arc is intact. That’s what I try to do with these projects, too – start with a piece that functions as the gateway and see where it leads, then the album finishes where it finishes! I don’t set out thinking ‘I’m going to write eight pieces of music, and this will be the overall shape’: again, you have to see what ingredients are tasting good and in season. (Can you tell that I happened to be working on this album in lockdown, when I was doing a lot of cooking?!). For example, I got really excited by a vocoder that arrived while I was writing the first track, and that became the sound of the opening itself.

I was once asked about writer’s block, and without wishing to sound glib I’m of the opinion that either you have something to say or you don’t - and if you don’t, you should go away and do something else until you do! If you can’t express your ideas yet, then that falls into the same category. That’s not to suggest that it’s all plain sailing, especially when you’re working to commercial deadlines: I’m working on a film at the moment where I’ve just hit a wall with not being able to deliver something that feels satisfying to me, and I don’t think I’ve interpreted what they want quite yet…

But that kind of mechanical problem doesn’t happen to me with these albums, because I can just walk away until it’s reduced and become a bit clearer. When I’m writing these sorts of things I can quite clearly separate my thought-processes and say ‘I want to get from X to Y, and shape it like this’, and if I achieve that then I’m very happy just finishing for the day.

How much do you modify your music once you get into the recording studio?

The writing process is effectively done in the studio itself, rather than with me sitting in an ivory tower pondering the complex possibilities of a B flat! I’m fortunate in having a studio for my own writing and recording – it’s not a big symphony-hall affair, just a smallish space on the top floor of quite a big recording-studio that’s all set up in the way that I need to record. During lockdown I set up a room at home to do that: I’ve always been a bit of an audio nerd, so I was already pretty well-equipped.

I often get mocked by my purer classical colleagues for being so into the recording side of things, but I don’t understand that mindset: I’ve spent 31 years of my life trying to master my instrument and control the sound I make, so the idea of delegating that final stage to someone else is alien to me. And I find that part of the puzzle so creatively satisfying: I don’t think I could’ve written this record directly to paper, because the kind of sonic manipulation that I can do in the studio is so integral to the music.

Would this project translate easily into live performance?

Yes, it would absolutely work on stage – of all the things I’ve done, this recording is probably the one that would be simplest to translate. It’s basically for three string quartets, solo cello, piano and some synthesisers, and that’s it. Everything was captured live: none of those heavily processed sounds were done in post-production, which was quite laborious but also really satisfying!

In contrast Bach Recomposed was very complicated to reverse-engineer! It was more like a classical record but with a modern aesthetic - written on paper, then recorded, then edited - which you’d assume would be more straightforward. But we had to figure out how to do all the electronics live, and synchronise them on stage in real time rather than using a click-track. The electronics in Patina are all generated or parallel to the solo cello, so as long as I’m playing they’ll work.

How do you approach naming tracks for these abstract projects?

I really struggle with naming things. A friend and I have a running joke that the Farrow & Ball colour-chart contains some of the greatest urban poetry you can find: all these surreal combinations like ‘Elephant’s Breath’ and ‘Crimson Magnolia’! For this record we went to the opposite extreme: everything started life as hexadecimal colour-codes, like 02CBEFQ…

Songwriters have a very joyful path, because if you’ve got your lyrics then you’ve got your title - but this music isn’t objectively ‘about’ anything, and you don’t want to ruin that by writing something really leading and evocative. Titling for me is an unfortunate necessity, because I really don’t love putting words to music: I don’t mind setting words to music, but I don’t like describing my music with abstract words. For me the dream ticket would be a full regression to 'Andante in D' – functional suits me very well, because it allows the listener more interpretative latitude.

I think that’s the great beauty of this sort of music: if you don’t have an explicit leader that directs your emotional response, then you can have a relationship with the music that actually develops. If you’re in a happy mood you may well hear some positivity in there, and if you’re in a lower mood you might hear some kind of darkness, and that doesn’t really happen if you tell people what to think all the time. 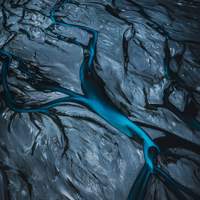 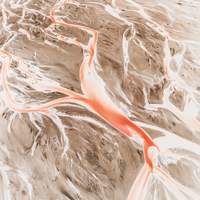 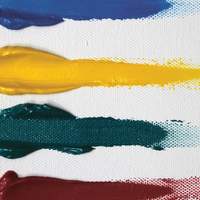 Due for release on 11th November and also available on vinyl. 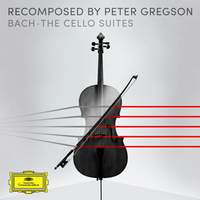