A relative youngster among the professional orchestras of the world, the Singapore Symphony Orchestra was founded only in the 1970s. In response to a growing feeling ever since Singaporean independence in 1965 that the lack of a professional orchestra in the city-state was, in the words of a contemporary politician, a "minor scandal", plans were laid and the inaugural concert took place in 1979.

For much of its more recent history, the orchestra has been almost synonymous with Lan Shui, who was conductor from 1997 until 2019, and succeeded by Hans Graf in 2020. Under Shui's tenure the SSO made a number of recordings of both Western and Chinese classical repertoire, the latter in particular for the Marco Polo label, as well as a recording of Daniel Ng's Cantonese translation of Mahler's Das Lied von der Erde.

The orchestra's most recent release, featuring showstopping works by Mussorgsky, Balakirev and Borodin, continues another consistent strand in their work, namely an interest in Russian repertoire. I spoke to Lan Shui about these choices of repertoire over the years, and the orchestra's role within Singapore's music scene.

The Esplanade Concert Hall and YST Conservatory were both constructed early in your tenure as music director – how much impact have they had on the SSO, and on musical life in Singapore generally, in the ensuing years?

The Esplanade Concert Hall has played a very important role in SSO’s development. Not only does the Esplanade attract and draw in new and younger audiences, but more importantly, it has helped to nurture SSO’s sound and enable ensemble building. The Yong Siew Toh Conservatory has produced many fine young musicians, some of whom have gone on to join the SSO.

Singapore is arguably one of the most mixed “melting-pot” societies in the world, with a complex landscape of ethnicities and customs. Where does “Western” classical music fit into its cultural life?

Yes, Singapore is one of the “melting-pot” societies in the world. Singapore is also arguably the most Western-influenced country in Asia. Perhaps that’s the reason why classical music fits into Singapore’s culture so naturally. With its diverse multi-cultural setting, Singapore has an atmosphere of openness, mutual understanding and accepting one another, which creates the perfect environment for classical music to thrive.

Alongside music from the Western tradition, the orchestra has of course recorded plenty of Chinese classical music over your tenure, from popular hits to innovative contemporary works. How did this genre – if that’s the right word – evolve during your career with the SSO?

In my early years with the SSO, we recorded a lot of great contemporary music from my old classmates including Chen Yi and Zhou Long, to name a few. SSO also has the DNA to play this kind of music well. I remember our recording label BIS felt that it was a perfect combination too: A major Asian orchestra and a Chinese conductor performing Asian compositions.

Among the orchestra’s many recordings, the Romantic era seems to be a particular favourite on which to draw – particularly French and Russian composers. What is it about this music that particularly attracts you?

SSO’s most recent recordings focussed on Debussy and Rachmaninoff. Rachmaninoff is definitely the orchestra’s favourite - I observed this immediately when we played Rachmaninoff for the first time many years ago. Over the years, we polished our sound and adjusted some dynamics, which made many inner sections more present. On the other hand, Debussy has always been close to my heart since my youth, although it was not frequently performed by the SSO. But I was amazed over the years how quickly the orchestra found the right feelings for Debussy. Of course, the Esplanade is a perfect hall for performing Debussy’s music and it helped a great deal.

The 2013 double-bill of symphonies by the Hungarian composer Károly Goldmark is a particularly unusual choice of repertoire; how did this project come about?

The SSO and I have been performing Mahler regularly since I joined SSO as Music Director in 1997. In our conversations with BIS, they were looking at expanding their catalogue through new albums featuring lesser known repertoire. Based on the strong musical connection and friendship between Mahler and Goldmark, I knew that Goldmark would be a great fit. 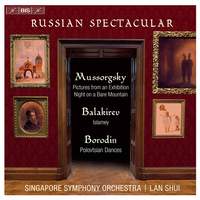 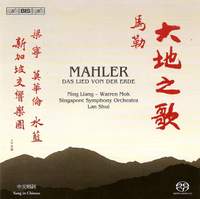 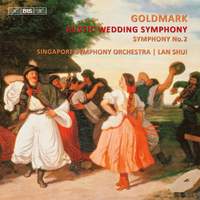