Since being appointed Chief Conductor of the NHK Symphony Orchestra in late 2016, Paavo Järvi has programmed a significant amount of twentieth-century and contemporary music as well as conducting acclaimed performances of their trademark German Romantic repertoire in Japan and across Europe, and this month sees the release of a slew of new recordings including works by Mahler, Strauss, Bartók, Wagner and Mussorgsky. I met up with him recently in London to discuss the orchestra’s special qualities, extending the comfort-zones of players and audiences alike, and why he believes that ‘a good young conductor is an oxymoron’…

Do you rehearse in English, Japanese, or a mixture of both?

We work mostly in English, with a couple of German and Italian words thrown in, and occasionally a very basic Japanese phrase from me! But very often I just sing – not necessarily because of any language-problem, but because you can communicate far more by singing a line than by getting into long involved philosophical discussions. (In fact I think that’s sound advice for any conductor anywhere!). If you go in with a strong enough view of something and if you are connected to the players then it’s relatively easy to get your point across, and I’ve seen that with visiting soloists too - Truls Mørk did an incredible Don Quixote with us recently, and just the way he played it made everybody adapt to his view of the piece.

Are there significant differences between Japanese and European orchestral culture – both in terms of players’ backgrounds and audience expectations?

Very much so. Even though the NHK musicians have often studied in the US and in Europe (a lot of the younger musicians in particular are German-educated), they still need to function in an extremely well-defined Japanese culture, and there are certain things that are simply non-negotiable. They are taught that there is a right thing and there’s a wrong thing, so sometimes when I spontaneously ask for something in the rehearsal – say, for a piano to be marked slightly up for a particular instrument - I can see them checking the score and thinking ‘But that’s not what Mahler [or whoever] writes!’. And I’ll say ‘Look, I understand that it’s marked piano, but in this context we need a little bit more of your voice because it’s all relative - a tuba piano is going to be a bit louder than a clarinet piano’.

There’s also an intense hierarchy at work in orchestras, as in Japanese society, so there is a very specific road which you have to follow in order to progress in your career. And it's a slightly conservative culture, so when it comes to programming, something like Bartók is considered ‘new’ music. Takemitsu (whose music we recorded recently) is rather different, because that’s a matter of national pride, rather as Arvo Pärt is for us in Estonia. There are some very good Japanese composers like Toshio Hosokawa who are making a significant name for themselves, but Takemitsu is the only one who's truly internationally-known and he’s taken on an almost legendary status for them. Without that national connection they might not necessarily take his music to their heart in the same way: if you programme Hindemith or Lutosławski, for instance, there is a hardcore fan-base who’ll be totally into it, but your typical audience-member really wants Beethoven, Brahms, Schubert, Mahler and Bruckner…Germanic music, essentially.

When and how do you think that preference developed?

I think the Japanese interest in Western classical music really started when Karajan first visited with the Berliner Philharmoniker in the 1950s, and it’s that sort of repertoire that remains central. In the 60s, 70s and 80s NHK worked with a lot of German conductors, but in the recent past they had Vladimir Ashkenazy and Charles Dutoit as music directors - so two very great musicians who didn’t necessarily concentrate on the Germanic core repertoire. Ashkenazy in particular was less interested in doing Beethoven, Mahler and Bruckner than exploring more esoteric repertoire which really fascinated him, which I think is absolutely the right approach and really broadened their range. These days they play Tchaikovsky and other Russian composers all the time, but the prevailing belief is still that the ‘real’ music is Germanic, and that the real conductors are the old Germans and Austrians. Anybody old is preferred, but especially if they’re Old World. And I think they have that age thing exactly right: in the West we have this obsession with young conductors, but to me a ‘good young conductor’ is an oxymoron! Conducting is a profession of experience, so there are young conductors who are talented, promising or exciting, but really ‘good’? I don’t think so. (Having said that there are also very many bad old conductors, but that’s a different issue!). The Japanese culture is built on old masters and apprenticeship: instead of starting out by expressing your own opinions you copy everything the master does stroke-by-stroke, and once you’re able to do that then you can become your own man. That’s exactly how Japanese society works, and to me there’s a very clear logic to it.

Given that slight cultural conservatism which you mentioned, is it a challenge to get the ugliness and wildness that you often need for Stravinsky and Bartók?

Ugliness and wildness are not easy to come by anywhere these days! Wherever you do Rite of Spring now it always sounds too beautiful, too polished and too easy: it used to be so difficult for people to read that that added a kind of nervous tension in itself, but today everyone plays it so well and so often that you almost feel that there’s no longer anything really scary about it. (I find something similar with Bruckner’s scherzos at times: you have something that’s supposed to sound like a heavy-footed Ländler but what you end up with is an elegant Viennese waltz...). The technical capacity of NHK is unsurpassed, to me – I don’t know any other orchestra that can play that precisely, so very often I would have to stop and say ‘This is too beautiful! It has to be much more brutish!’, and they’d do it and look shyly at each other as if to say ‘Is this OK?! We sound so ugly!’. Sometimes I had to practically beg them to make more unsophisticated sounds.

The orchestra has quite a substantial Strauss discography, but as far as I can see this new recording of the Sixth is their first commercial Mahler recording...

They’d never recorded any Mahler before as far as I’m aware, which is surprising given how often they play his music - I’ve done all of the symphonies with NHK, and they’ve acquired such a reputation in this repertoire that we’ve had to turn down a few requests from guest conductors who wanted to come and do it as well! We don’t plan to record a complete cycle, because there are so many other pieces which I think they would do incredibly well, such as the Turangalîla-Symphonie. And another priority was the Bartók recording, which has always been my dream because Music for Strings, Percussion and Celesta and the Divertimento and the Dance Suite don’t often get to be on the same disc: I think that particular combination was kind of shocking to the musicians, but boy they played it well! It’s amazing how well they actually play this repertoire, and I think that’s partly because clarity and precision are incredibly important for the Japanese. If you really listen carefully to even the greatest European orchestras, you find that a lot of things are done fairly approximately, but with the Japanese you can hear every line.

Is the Suntory Hall acoustic conducive to that clarity?

Oh yes, environment is everything. All our NHK recordings are done there and it’s one of the best natural acoustics in the world – artificial acoustics are often used in recordings, but we don’t have to do that so much because the hall itself is so fantastic. It’s become one of the venues everybody wants to go to, in a way that really helps us.

The orchestra recorded a lot of Italian opera in the mid-twentieth century – has that fallen out of vogue, or would you consider exploring that with them in future?

I’d love to do that kind of stuff, but there's so much I’d love to do and so little time! In terms of opera, the preference is for Wagner, as Italian repertoire is pretty well covered by imported productions and visiting companies: smaller Italian houses like Torino (and sometimes even La Scala) regularly come out and do a whole month of verismo or bel canto, so there’s definitely a market for it but NHK are fundamentally a symphonic orchestra and it's not quite in their DNA.

What else is on your twentieth-century repertoire wish-list with NHK?

I’d like to do Nielsen and Sibelius – not the popular Sibelius symphonies like 2 and 5, but some of the others. They play some of the popular Prokofiev and Shostakovich pieces (things like Romeo and Juliet and the Fifth Symphony) but there’s a lot of wonderful music by those two that isn’t programmed so often. We recently played a programme of Polish music which included Bacewicz’s Concerto for Strings, Lutosławski’s Concerto for Orchestra and Little Suite, and the Wieniawski Violin Concerto No. 2: it was very difficult to convince people that they needed to play or hear Bacewicz but once they got going they loved it, and I think that was the first time ever that her music was played in Japan. I also plan to do some Sven-Erkki Tüür, and Hans Abrahamsen’s new Horn Concerto, which was premiered by the Berliner Philharmoniker last month and was co-commissioned with NHK. And the next recording that’s coming out is more Stravinsky: the Symphony in Three Movements, Jeu de Cartes and Apollon musagète, which is an interesting combination in that it’s all dance music – if the Ballets Russes inspired the Diaghilev pieces, then these three are pure Balanchine.

New Releases from Paavo Järvi and the NHK Symphony Orchestra 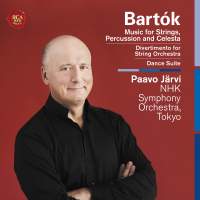 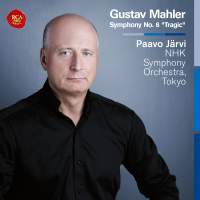 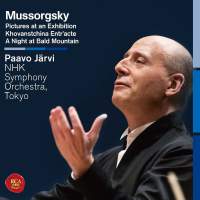 Mussorgsky: Pictures at an Exhibition & A Night at Bald Mountain 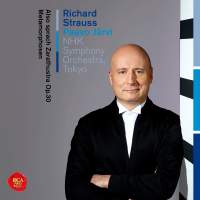 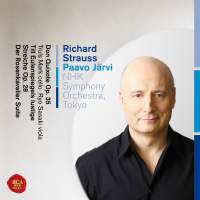 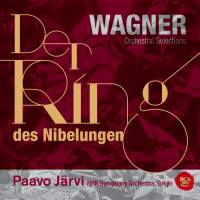