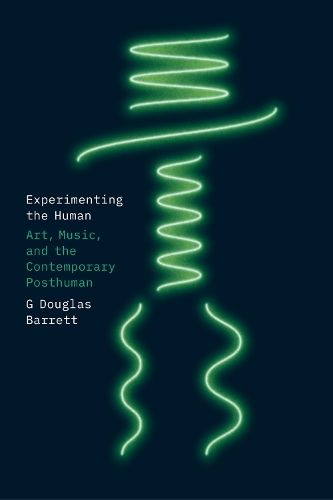 New, Experimenting the Human: Art, Music, and the Contemporary Posthuman

An engaging argument about what experimental music can tell us about being human.

In Experimenting the Human, G Douglas Barrett argues that experimental music speaks to the contemporary posthuman, a condition in which science and technology decenter human agency amid the uneven temporality of postwar global capitalism. Time moves forward for some during this period, while it seems to stand still or even move backward for others. Some say we're already posthuman, while others endure the extended consequences of never having been considered fully human in the first place. Experimental music reflects on this state, Barrett contends, through its interdisciplinary involvements in postwar science, technology, and art movements.

Rather than pursuing the human's beyond, experimental music addresses the social and technological conditions that support such a pursuit. Barrett locates this tendency of experimentalism throughout its historical entanglements with cybernetics, and in his intimate analysis of Alvin Lucier's neurofeedback music, Pamela Z's BodySynth performances, Nam June Paik's musical robotics, Pauline Oliveros's experiments with radio astronomy, and work by Laetitia Sonami, Yasunao Tone, and Jerry Hunt. Through a unique meeting of music studies, media theory, and art history, Experimenting the Human provides fresh insights into what it means to be human.