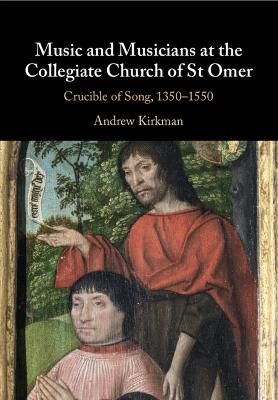 New, Music and Musicians at the Collegiate Church of St Omer: Crucible of Song, 1350-1550

Music played an exceptionally important role in the late Middle Ages - articulating people's social, psychological and eschatological needs. The process began with the training of choirboys whose skill was key to institutional identity. That skill was closely cultivated and directly sought by kings and emperors, who intervened directly in recruitment of choirboys and older singers in order to build and articulate their self-image and perceived status. Using the documentation of an exceptionally well preserved archive, this book focuses on music's functioning in an important church in late Medieval Northern France. It explores a period when musicians from this region set the agenda across Europe, developing what is still some of the most sophisticated music in the Western musical tradition. The book allows a close focus not on the great achievements of those who cultivated this music, but on the personal motivations that shaped their life and work.