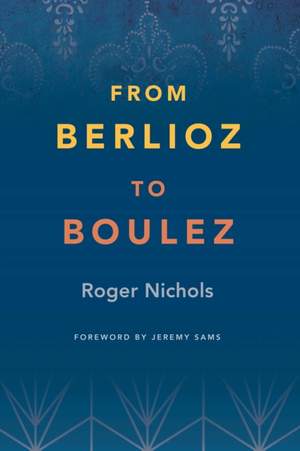 New, From Berlioz to Boulez

Awarded the legion d'Honneur by the French government in 2006 for his services to French culture, acclaimed writer and broadcaster Roger Nichols invites the reader to accompany him on his journey through the century-and-a-half turbulent and fertile period in the history of French music from Berlioz to Boulez. In compiling his collection of articles, interviews, radio plays and talks, Nichols begins with Berlioz's Symphonie Fantastique and ends with his obituary of Pierre Boulez. Along the way, he includes in-depth studies of Debussy and Ravel, connecting the two by a comparison of their operatic masterpieces, Pelleas et Melisande and l'Enfant et les sortileges. Twenty other significant composers from this fascinating period come in for Nichols' hallmark combination of erudition and wit.